ON WRITING: 7 TIPS FROM THE ROOKIE TRENCHES 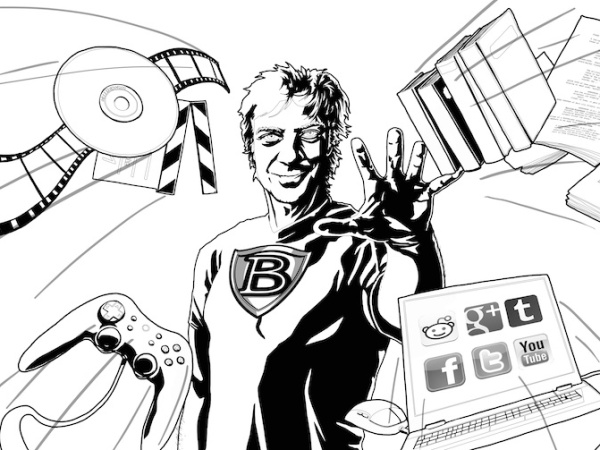 Thanks in great part to your pom-pom waving and flashflood of generosity, my first children’s fiction novel — The Cat’s Maw — is complete. It’s in the final stage of layout approvals, and I’m taking care to tweak for optimal print and eBook display whilst squashing any lingering typo bugs. (If you’re a reviewer, and simply can’t wait until the galleys are ready, then feel free to ping me for a ‘99.5% final’ PDF.)

As a debuting indie author every day is a school day, so I’m passing on seven of the tastiest morsels of knowledge gleaned thus far (some bits most certainly culled from the Journals of Duh).

At the very least, you won’t be in utter darkness after your stab at NaNoWriMo this November 😀

DIGITAL NOMAD, YO (You can write anywhere)

You don’t need a penthouse office. You don’t a need a big-screen, quantum-powered desktop. You don’t a suburban castle with moat filled with craft brew and a 2.3 car garage.

I’m all about ‘setting’ when it comes to getting into the scribing mood, so I needed somewhere special – and specifically feline – to tackle the first volume in The Shadowland Saga. And since ancient Egypt was a little outside the budget, a remote corner of Southeast Asia proved the next best base of operations. $500/month for a bungalow, a scooter, and three tasty squares a day?  Sign me up, slappy.

But this wasn’t just any old fiscally responsible nook — this was a remote jungle island teeming with CATS – a tiny Muslim fishing community with no natural predators (even the cobras fear kitty here!) and a respect for all things fierce and four-footed.

May I say it again:  have WIFI, will travel…and you can too!

In April of this year, I began teasing chapters from an early edit of the book on WATTPAD – considered the social network for writers and readers of all ages. Billing the tale as the opening shot in a ‘contemporary fantasy-adventure epic’, I posted the first 6 chapters and crossed my fingers for a response…

Two months later, I was asked to feature the story in its entirety. In less that 8 weeks, the response has been astounding: chapter reads have topped 140K, along with a tsunami of ‘Likes’, shares, reading-list adds, and passionate comments and questions from an engaged and faithful audience.

Am I worried that posting content for free will dilute book sales come November?  Not so much, considering that this exercise has helped to build great early buzz between readers of my genre. Not to mention the fact that the official eBook and print versions will have exclusive content that’ll get the hardcore faithful twitching like a dignified kitty after catnip tea. 😉

It really is a brilliant time for aspiring authors to chart a course and steer their own damn ships. 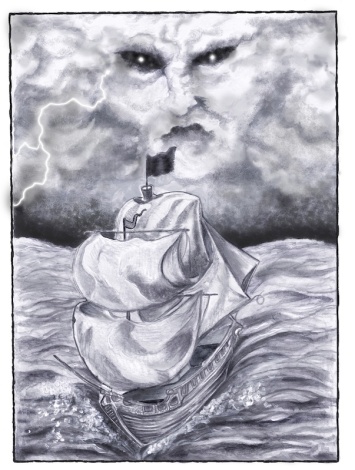 It’s seems illogical – how can you cut a promo with audio and compelling visuals for a work that’s meant to exist solely in a reader’s mind? Still, in recent years, it seems that book trailers have progressed from a rarity to the norm in mainstream publishing. The goal is to sell the feeling of the story in a bite-sized chunk of AV goodness to a literary audience.

The Cat’s Maw is a dark feline fairytale with fantasy, mystery, and adventure elements for brave young readers – think ‘middle grade’ (9-12yrs) — and for all you creepy kids at heart.

I think we pulled it off, don’t you?

It was conceived and designed to set stage for the mysterious saga to come by teasing a major piece of its mythology puzzle — trust me, once you’ve read Book I, you’ll see exactly how potent this bit of promo is.  🙂

Upon completion of a formatted manuscript, most self-pub’ed authors get discouraged by the apparent lack of interest from mainstream press.

You want a blurb in the NY Times? As if.

The Guardian? Good luck, if you don’t live in the UK.

TV and Radio? Unless you have a shark agent with enough dirt to blackmail program directors, then dream on.

But guess what?  All is not lost.

The Cat’s Maw is officially under review with powerhouse publications including KIRKUS and Publisher’s Weekly. And there are many more on the way.

Do these cost? Sure — but it’s worth factoring that into your marketing spend ahead of time. A good review in publications like Kirkus (which does NOT guarantee praise, even though you pay for their critique) is so influential, it can lead to a book getting picked up libraries, scooped by book chains, scoped by publishers…even movie producers get in on the action.

Meanwhile, industry stalwarts like Publisher’s Weekly have expanded their sphere of influence to include indie and self-pub’ed reviews through their eBook hubs, as long as you have a finished file and an ISBN.

Combine this one-two punch with a targeted onslaught of book bloggers and Amazon top-rated reviewers in your genre? Well…unless you’ve scribbled the narrative equivalent of creamed crap, then you’ll probably be in a position to cull a pull-quote or three come launch day.

Me? I’m targeting the official Book I release around Halloween – hopefully reviewers will appreciate the timing after reading a scary story with cats and pirates and demons, oh my! 😉

BOOK I: The Cat’s Maw — Coming this Fall!

The first pass at The Cat’s Maw ended on a decidedly bittersweet note. This wasn’t a surprise to me, as I’d planned it that way from the beginning. I like to think of the first book in the series like the first season of a television show – it’s okay to end on a cliffhanger as long as you’ve resolved the protagonist’s primary arc (Twin Peaks, Game of Thrones, Buffy, or Sherlock, anyone?)

But most of my beta readers seemed peeved. At the very least, they wanted to know that something was in the works, and that they weren’t being completely abandoned for a year or more with unchecked emotions and desperate narrative angst. As I researched the issue, I found that many genre writers – particularly debut authors and first-time fantasy scribes – included a piece from their follow-up as a kind of ‘bonus epilogue’’.

When in Rome, they say…

I can now confirm that the Book 2 (Title TBA Spring 2015) prologue WILL be included in the print and eBook versions of The Cat’s Maw. And I can confidently say that fans of the first book will be left with a glimmer in their eyes and a jaw scraping the floor when they turn that final page…

As it should be.

A THOUSAND WORDS (Illustrations can make a difference)

If a picture is truly worth a few pages or more of prose, then we’d better keep this brief so I don’t bloat the word count. The Cat’s Maw hovers clean around 70K words, with 20+ (you’ll understand when you read it) original illustrations in classic pen-and-ink style.

Conceived by yours truly and crafted with love and feline anatomical accuracy by online wunderkind Sara Machajewski, each piece captures the theme of the chapter to follow, while also providing subtle clues and easter eggs to the saga as a whole.

THE THREE Fs (Making your network work for you)

The biggest direct boost a new book project can get in its pre-launch infancy is word-of-mouth from your immediate circle – from friends, family, peers, and any hardcore fans you might have within Facebooking distance. It’ll only ‘cost’ you a copy of your PDF.

But if they truly dig it (and hey, let’s be honest…even if they hate it, they probably owe you a little something, or else they wouldn’t really be friends, now would they?) then they’ll rally to recommend it. And, if they’re really good friends..? Then they’ll surely take the time to review it far and wide (ie: on Amazon, Goodreads, or their adorably emo Tumblr).

And that has value — especially in this early phase of release.

Remember – you’re not dealing with one of the Big 5 Publishers (or is it 3 now? It’s that hard to keep track of dinosaurs as they stumble towards extinction) – launching your book isn’t about maximizing impressions in a 6-week window, and then pushing it to the back of priority pile until someone wants a movie option.

SELF-pub’ing means your book is always important, always relevant, and ALWAYS immediate! It is perpetually NEW to anyone fortunate enough to stumble across it, and will feel like a front-shelf bookstore release right up until Vol 2 in your series comes out…

Then you get to start the whole wacky dance all over again…but this time with the added/pre-established goodwill and credentials from your stellar debut, with the the lion’s share of thanks going to those first cheerleaders:

← GOT TIME FOR A QUICKIE?
A BOOK IS BORN! Now it’s YOUR turn… →
No comments yet